According to him, the government under John Mamaha, had secured funding for the projects of which some had reached between 96% to 98% completion levels therefore, it was fitting for the Finance Minister, Ken Ofori-Atta to credit the previous administration with that.

Mr. Ofori-Atta in presenting the 2018 budget to Parliament for approval, highlighted some infrastructure projects to be undertaken by the Nana Akufo-Addo administration including the construction of some road networks.

But the Ketu South MP insists that, the “projects mentioned by the Minister are projects that have reached 96 to 98 percent completion points as at December 2016” adding that “these are projects that largely funds were secured for.”

He told Kojo Yankson, host of the Super Morning on Joy FM Thursday, that the economic growth that the current administration has claimed credit for together with ending the power crisis, were the results of investments by the former regime.

“We, before going out of power, have resolved the power outage. So grant [Mahama] that credit instead of basking in the credit that is not yours,” he advised the Finance Minister.

He foresees a stagnation of the economy as the government had been struggling to raise revenue since it took over almost a year ago.

“If your revenue streams are not what they are, naturally development will suffer…That is worrying,” he lamented.

Admitting that the government faced challenges meeting its revenue targets in 2017, a Deputy Finance Minister, Abena Osei Asare, said the government is now in a better position to deliver on its promise to Ghanaians.

“We said we were going to give Ghanaians prudent management of their resources and we have done that…and we are in a better position to start working,” the Atiwa East MP declared.

She said they “are not shy to admit” the late implementation of key development projects however, the passage of the law establishing three development authorities has given life to those projects including “One Village, One Dam; Small Business Development; Agricultural inputs, including equipment; “Water For All” Projects; and Sanitation Projects.”

The deputy Minister also acknowledged that although the government’s flagship free senior high school programme faced some challenges this year, prudent measures have been put in place to scale over those challenges.

“Yes there are challenges but we are prepared to bring these challenges down” including funding which she said had been taken care of in the 2018 budget.

“The free SHS budget for 2018 is fully funded by the government of Ghana,” Madam Osei Asre assured. 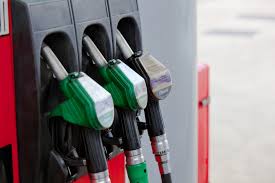